Together with her father and brother Kelab, Shay ends up in the Belgian town of Ypres, where they find a home at their aunt’s Bed & Breakfast. Shay is used to roaming around outside, to having space and solitude, and she has a hard time fitting in beneath the dreary grey skies of the European continent, where rains seems always to be looming.

In Ypres, with its many war cemeteries, the recollections of the First World War are very present indeed. Since 1928, every evening at 8pm sharp, the Last Post is sounded at the Menin Gate. But after hundred years after the outbreak of the war, Ypres still struggles with the question which story of that collective traumatic event is the most relevant. There is this collective remembrance and there is this very personal mourning about someone you loved so much.

Shay becomes unapproachable to her father Koen. How much both of them would like to share their sorrow; it just seems impossible to find comfort in each other.

“It’s impossible to forget someone you really loved,” concludes Shay, who stubbornly refuses to budge. Her father disputes. “Nobody says you have to forget her. Just don’t mix forgetting with moving on. You have to move on, there is no choice, the world drags you along”.

Both Shay and her father Koen are used to looking at the stars, but they see completely different things. Where Koen envisions an endlessly expanding universe, the future, and new physical discoveries, Shay hopes to find a sign of her mother in the vast and boundless space. There where the skycamp is, as told in the dreamtime stories by her grandfather. Each star travels its own way across the universe. Especially in times of grief.

Like a metronome, Shay swings between her self-chosen isolation and her longing for connection. She befriends Lars and David, two boys her own age. Lars’ grandmother, Johanna, manages to coax Shay slowly out of her shell. Shay grows attached to the willful old woman who has lost her husband recently. “You would wish you can let the time stand still, but you can’t.”

In the meantime the camera is spinning around in circles. In long 3D shots the time passes inevitably. Both time and space are kept uncut. They are circling around. And as a spectator you are in the middle of it.

The cast consists of non-professional actors.
The actors bring their own knowledge, expertise and experience.
The story has been made up. But the people in it are real and authentic.

The Hollywood Reporter
“Jansen (…) manages to plunge us into an absorbing technological event, a sort of high-minded and obtuse art-house cousin to Alfonso Cuaron’s Gravity.”
“this ambitious effort from Dutch director Eugenie Jansen should see continued festival play after debuting in Berlin’s Generation section. Venturesome distributors and art museums will also take notice of this rare attempt to use stereoscopic technology for something other than exploding cities and alien invasions.”

A film by Eugenie Jansen based on an idea by Kim Niekerk and Patrick Minks.[:] 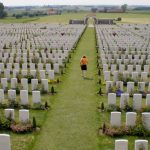 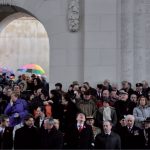 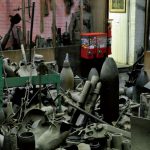 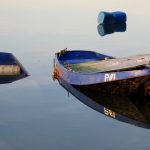 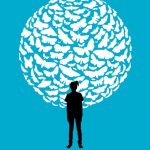