A fresh and unexpected celebration of the richness of Shakespeare’s language and theatre in exploring the character of Shylock in The Merchant of Venice through his only friend, Tubal, promoted from his minor role (8 lines) to centre stage/screen.

This “one-man film” also conjures up a whole cast of other characters: from Portia to Pontius Pilate, from Antonio the merchant to Adolph Hitler, and from Dracula to the Wandering Jew. But it is Tubal, Shylock’s only friend, who is the main character.

Tubal charts–with a leer, a wink and a shrug–the evolution of the concept of Shylock through history, and traces intolerance towards the stranger in Europe. He talks about Shakespeare hirnself, about theatre, about xenophoby, about history and about ideas. 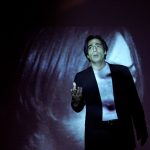 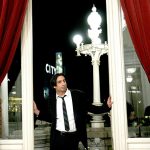 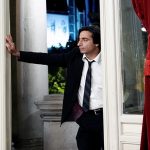