If Yes, Okay is a black comedy by director Dick Verdult and tells the story of Amy, a young girl from a wealthy family who has never been told “No” in her entire life.

To dispel her boredom, she decides one day to hire a complete theater company to have scenes from her life reenacted in a shed set up as a theater near her parents’ house.

Gradually, as theater and reality start to merge more and more, Amy discovers that, contrary to what has always been told to her, the world cannot be made and cannot be controlled just like that. She discovers that life is about fundamentally different things than money and status. 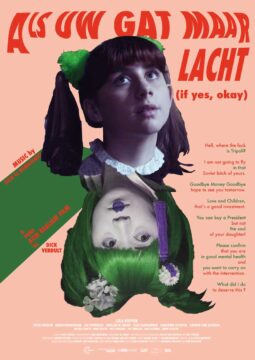